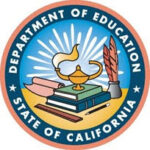 Michael Funk, Director of the Expanded Learning Division (EXLD) for the California Department of Education, was appointed to this leadership role in early 2012 by State Superintendent of Public Instruction Tom Torlakson.  Under Michael’s direction, the EXLD, in collaboration with a highly diverse group of educators, practitioners and providers, developed “A Vision for Expanded Learning in California, Strategic Plan: 2014 – 2016”, published in January 2014, which laid out a strong roadmap to guide the work of the EXLD and colleagues statewide. The impact of the Strategic Plan 1.0 resulted in numerous successes in embedding quality, systems, and technical assistance to support programs and elevate expanded learning as a key partner in the K-12 education system. A crucial element of the Plan was the creation of a statewide system of support across the State comprised of members of the California Department of Education, County Offices of Education, and Statewide Contracted Technical Assistance Providers. Michael knew that the key to supporting students was through the relationships between people in all levels of the Statewide system. This System of Support for Expanded Learning has been working with the Society for Organization Learning since October 2016 and will continue to work with the Center for Systems Awareness for the next several years to support staff and students through the Compassionate Systems Framework.

Upon the success of the first Strategic Plan, Michael forged on and led the second iteration, “A Vision for Expanded Learning in California, Strategic Plan 2.0: 2019 – 2023”, published in January 2019, to sustain California’s momentum and innovative path to support quality expanded learning programs across the State.

Prior to this role, Michael founded the Sunset Neighborhood Beacon Center (www.snbc.org) in San Francisco in 1996, providing engaging programs to approximately 1,100 youth each day and 400 adults each week. While serving at SNBC, Michael also founded Experience Corps Bay Area in 1999. He was appointed by the California Senate to the California Before and After School Advisory Committee, serving in that role from 2006 until his appointment by Superintendent Torlakson.  Michael also co- founded and co-led the Learning In Afterschool and Summer (LIAS) initiative, a partnership with Temescal Associates (www.learninginafterschool.org).

Michael grew up in Idaho on a family potato farm. In college, he earned his Idaho teacher credential and played college hoops. Post college, he was a middle-school science teacher and basketball coach. Following that, Michael became an ordained minister and for 16 years he worked locally and internationally to create social justice ministries to serve urban and immigrant communities in North America.