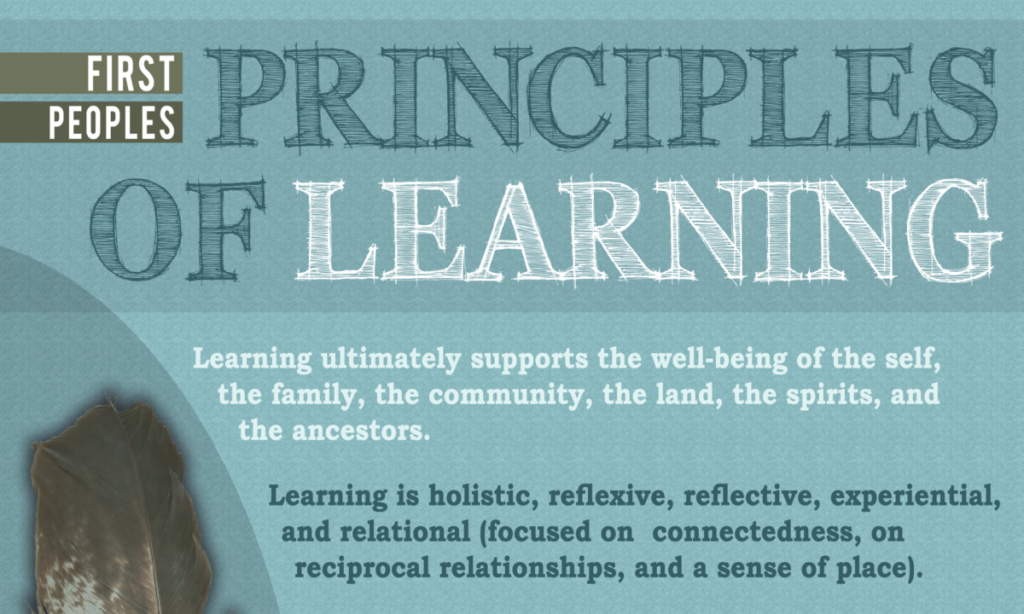 The BC Network for Compassionate Systems Leadership in Education continues to flourish.  The traction and interest are building on existing traditions and practices to promote well-being in the BC education system. Many more individuals are being introduced to the framework, and a province-wide capacity building plan will be rolled out in independent schools and districts in the fall of 2023.  BC will soon have 13 certified master practitioners, and this group is collaborating to offer a range of workshops and coaching sessions for new and experienced practitioners.

BC is a large place geographically, but has a relatively small population. To give some context, the area of BC is over twice that of California but has only one-eighth of the population. With that, the sixty school districts and over 400 independent schools operate in diverse contexts, some in multi-ethnic urban settings, some in small towns, and many in isolated and remote communities. Of note, there are more than 100 First Nations governed schools providing education services to children and youth from the over 200 distinct land-based First Nations in the province. Most Indigenous children, however, attend the public education system and many of them have come to BC from other parts of Canada and the world.

BC, like the rest of Canada, is First Nations’ land. Invaded by uninvited settlers centuries ago, colonial governments systematically dismantled Indigenous communities and cultures in an indefensible effort toward assimilation. The legacy of colonial policies has resulted in Indigenous children being separated from their families, communities, and cultures. Residential schools, the “sixties scoop” and the present-day child welfare system have had, and continue to have, traumatic impacts on Indigenous children and families. In BC, while less than 6% of all people identify with Indigenous ancestry, over 50% of children in the care of the BC government are Indigenous.  Similarly, systemic racism exists in the education system and the underlying frameworks of the system have been wholly inconsistent with Indigenous world views and practices for teaching children. Historically, the percentage of Indigenous children reaching completion in this Westernized system has been much lower than the percentage of non-Indigenous children.

Positively, through the leadership and vision of Indigenous communities and organizations, steps are being taken to return to the traditional ways of caring for and educating children. Children in BC First Nations are cherished as sacred gifts from the Creator, and their education has historically been a collective responsibility. Children learn not only from their parents, but from an extended network of relatives and community members. For Indigenous children, watching, learning, and imitating played a large role in their development. Rather than learning through talking, they learned through imitating actions they observed from parents and elders.

As a step towards bridging traditional approaches to the education of Indigenous children with the Western methodologies that still dominate our system, the First Peoples Principles of Learning were articulated by Indigenous Elders, scholars, and knowledge keepers. These principles are increasingly drawn on to support the learning and development of Indigenous students.

The principles are as follows:

So it is with much humility that we introduce Compassionate Systems to schools and districts in BC. Many of the foundational CSL tools and practices align with the Principles articulated above. Yet they are not all grounded in the generational wisdom and connection to living systems that characterize Indigenous ways of knowing and being. In this, we have much to learn.

One of our BC master practitioners, Shirley Giroux, puts it this way:

“CSL is connected to and informed by Indigenous ways of knowing and being and could help provide guidance and support in centering the tenets of the Principles as fundamental to the ways in which we work together in BC and beyond, regardless of formal title or access/proximity to power. A CSL approach to working together, whether as community members, as colleagues, as teachers and students, or (most likely) as all of the above simultaneously and continuously, is strongly aligned with the Principles and is, in some respects, a “Westernized” rendering of these principles and the Indigenous epistemologies and pedagogies that underlie them. As such, while the adoption of CSL into our education system represents a promising avenue for authentically changing the ways in which we relate to each other in undertaking the work of education, it also requires that we celebrate and honor the knowledge that was “already here” as we do so. “

As we grow the network of Compassionate Systems in our province, we will be conscious to respect for the traditions that pre-date colonial settlement and continue to underpin Indigenous cultures to this day. As settlers, we have created great harm. While through the process of Truth and Reconciliation, we are beginning to acknowledge that harm, there is a long journey ahead to a shared realization of reconciliation.

We hope that with compassion and shared humanity, we can contribute to that work in some small way.

For more information on the BC Network for Compassionate Systems Leadership in Education, contact Network Director, Joanne Schroeder joanne.schroeder@ubc.ca